Bose "It's Beautiful Up Here"

Client Bose
BACK TO RESULTS 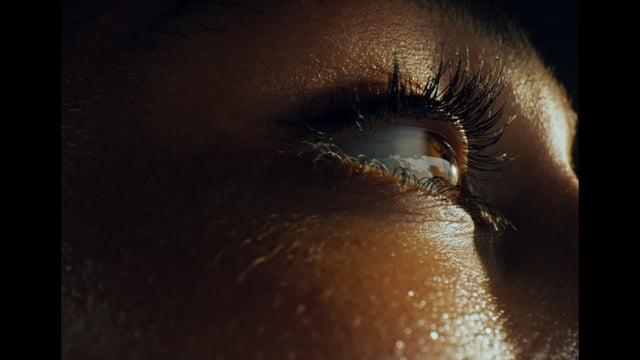 The piece was a testament to the beauty that comes from closing your screen and embracing the world around you. To create this film, we reimagined Plato’s philosophical piece, the “Allegory of the Cave”, in today’s world. The cave itself became a metaphor for our screens and how we have become tethered to them. The solution, then, became Bose setting us free from our screens to enjoy the beauty of life.

Cleverly integrating the voice activated feature as a catalyst for the reading of the Allegory through the headphones, the film shows the rebirth of our hero from a cave-like subway station into the world to explore the beauty that surrounds her. We follow her journey of exploration, highlighting the humanity of each moment she finds, and leading her to be brought back to a field where she re-connects with her inner child as the ultimate form of rebirth. To bring this film to life sonically, we created a bespoke score that turned the film into a cinematic experience.

The campaign ran across TVC, digital, and social.

My Role in This Project
Bose asked us to come up with a campaign selling their new, wireless headphones with voice activation. The brief centered on the idea of “presence” and the product’s ability to free us from our phones through voice control. At the time, Apple had just released its first iteration of AirPods, and the market for this specific product was extremely cluttered with the very distinct brand voices of Apple, Beats, Sonos, and more.

After taking a look at the competitors in the category, we dug into what makes Bose different - engineering and craft. So we pushed the client to take a more cerebral route.

To bring this campaign to life, we worked for over nine months across the concept, line, film, social and digital assets. The fight to get the work into production wasn’t nearly as difficult as the fight that came in post. Ultimately, the piece we created was a reimagining and visual depiction of a famous piece of philosophical literature: Plato’s Allegory of the Cave.

While Apple and Beats leaned on visual tricks and cultural moments, we set out to create something more artful - a visual poem that looked and felt entirely unique to the category, with a distinct visual language grounded in the very real, often mundanely beautiful sense of the everyday.

Selling a piece of philosophy to a group of scientists wasn’t easy, but in the end, it was incredibly worth it.