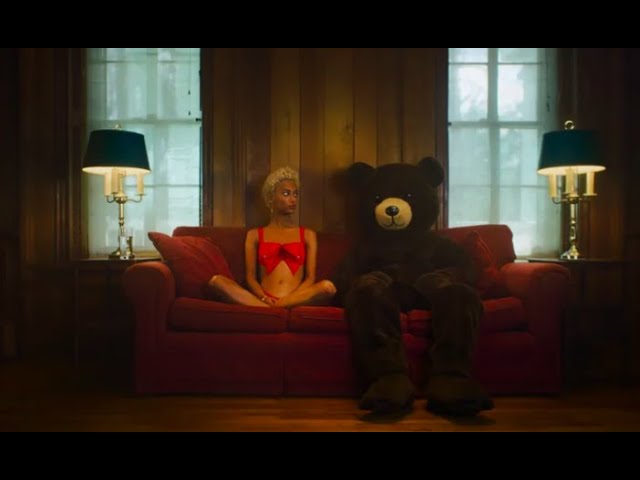 For as long as lingerie has been in existence, brands have used it as a way to tell women how to look, how to feel and what they want. Even today, as more body diversity is being represented in the media, one thing has stayed the same: women are treated as props to the product. So, when Adore Me asked us to rebrand them with a message that told all women we supported them, we knew that we couldn’t simply shine a light on different body types, we had to go one step further.

'Here For It' is a promise to all women that Adore Me supports whatever they want to do, or not do, in their lingerie. It doesn't tell women what to do, rather it positions the product as a back-seat driver, shining a light on the person wearing the product and supporting their journey every step of the way.

We began by releasing a statement from the Adore Me CEO, committing to the promise publicly. Then, we launched our campaign on Valentines Day with a film that put our words to action. Where most lingerie brands historically have used the holiday to sell women an idea about what they should desire, we gave them a chance to tell us. Next, we turned to the most honest place on the internet to find their answers, partnering with Reddit to turn women’s unfiltered and unapologetic responses into a national campaign. Launching with over 50 assets across digital and TV, the launch film quickly notched up almost 11 million views on YouTube, with wildly positive sentiment from women across the US.

My Role in This Project
To bring the 'Here For it' platform and launch piece to life, we worked on every creative element of this project, seeing it through from concept to creation and leading the copy, design + rebrand, art direction and production process.

Throughout the initial concepting of this project, our perspective was key in ensuring this rebrand came to life in a way that would be inclusive of all women. As a female creative duo, we know how powerful our perspectives and voices are, especially when dealing with products that have historically been marketed to women by men. But rather than writing a piece that came only from our voice and experience, we decided to find the real, raw and honest responses of women across the nation to tell our story.

With only a small budget and a huge ambition around the creative we wanted to bring to the world, we treated against the spot as directors, won the award, and were able to successfully sell our unique perspectives as the right voices to bring the work to life. Together, we put together a cast of real, non-union female talent that spanned body types, ages, races, and everything in between. The :60 film was shot in two days at a single location, and we forewent any directorial compensation so that every penny could go towards including as many women as possible in the piece.

While we chose a diverse group of women visually, the film wasn't about how they looked. Rather, it was about letting the personalities and voices of real women shine, and supporting them in whatever they wanted to do in their lingerie.