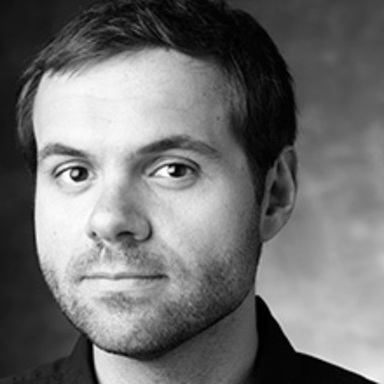 Caio was born in São Bernardo do Campo, the auto manufacturing hub of Brazil. Known as "Brazil's Detroit," it differentiated itself from "America's Detroit" through its warm, pleasant climate, delicious grilled meats and surplus of samba blaring from workers' radios. Taking his cue from the industrious workers of the city, Caio became one of the area's youngest entrepreneurs as CEO/co-founder of a local shoe-shining venture. This business showed quarter-after-quarter profits, and allowed Caio to purchase as much homemade ice cream as his octogenarian neighbor would sell him.

After numerous attempts at becoming a ninja and the fastest guitar player in the universe (not simultaneously) he had a glimpse of the life-altering power of technology as he discovered how Aldus PhotoStyler allowed him and his friends to be older, at least on paper, granting them access to happenings otherwise reserved for a much older crowd.

In 1997 he was admitted to a college and stumbled upon the perfect job. One involving computers, and Unreal/Quake lunch-breaks, where a dozen co-workers were hooked to the same 33.3 kbps dial-up connection. Needless to say, it was awesome.

After realizing a career as a professional Unreal/Quake player was not in the cards, Caio began working at a number of different companies, including start-ups, small studios, production houses and advertising agencies both in and out of Brazil. During that time, Caio has been busy creating and executing a wide variety of interactive campaigns and experiences for the world's biggest brands, including Coca-Cola, Nike, Target, Microsoft, HP, Chevy, Frito Lay, Target, GE, Sprint, Yahoo!, and others.

Along the way his work has been honored multiple times in festivals such as Cannes, Clio, One Show, D&AD, Art Directors Club, FITC, Obie, FWA, LIAA, AICP, Webby, Andy, Cut&Paste and others. It was also permanently archived at the MoMA, showcased at the Imagina Festival in Monaco, the cover of Popular Science Magazine and featured in major media outlets like the NY Times, WSJ, CNN, ABCNews, CBS, The Huffington Post, The Daily Mail, NY Post, Época, among others.

While at his current job as an Art Director at Wieden+Kennedy, Caio has produced work for Target, Coca-Cola, LAIKA House and the National MS Society.

Caio currently lives in Portland, OR with his wife and cats, none of whom ride a unicycle.