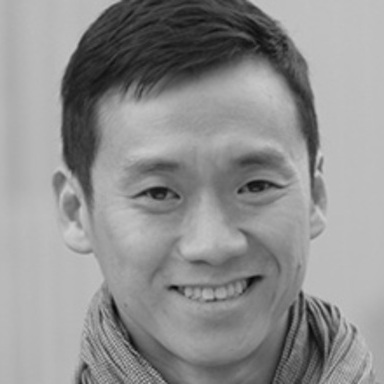 Born in Seoul, Korea, and raised in São Paulo, Brazil, Ji Lee moved to New York to study Graphic Design at Parsons School of Design. Since then Ji has been working in the filed of design, advertising, technology and art.

Ji works as a creative strategist at Facebook. His past jobs include Google, Droga 5 and Saatchi & Saatchi. In his free time, Ji dedicates himself to work on his personal projects. Some of his well known projects includes the Bubble Project, Word as Image and Wordless Web.

In 2011, Ji was listed as one of the 50 most influential designers in the US by the Fast Company magazine. Ji Lee is the author of three books: Word as Image, Talk Back: The Bubble Project, and Univers Revolved: A 3-D Alphabet. Ji’s work has appeared in ABC World News, Newsweek, Wired, Fast Company, Oprah among others. Ji is a frequent contributor for the New York Times.