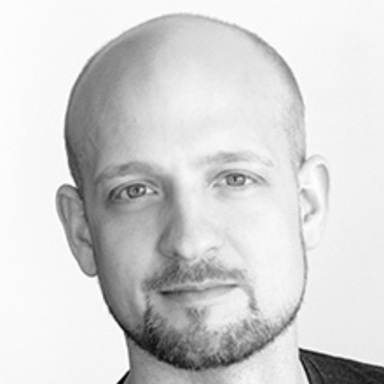 Mike Kellogg has built a career out of exorcising devils from details.

Born in a small town outside Chicago, Mike grew up navigating both the cornfields of Illinois and the castles of Super Mario Bros. This sense of direction -- within the separate worlds of people and pixels -- would later translate to a successful career in web design.

Mike got his start as a creative developer in Los Angeles, where he helped create websites for films like Ice Age and Terminator 3. But cartoons and killer robots were only the beginning. After venturing out on his own, Mike crafted content for the likes of Google, Adobe, Chanel, Sprint and Nintendo. More recently, Mike has teamed up with Executive Producer Mia Ruiz- Escoto in San Francisco, where the pair are building a new web development company from the ground up.

A winner of multiple One Show awards himself, Mike brings a developer's eye to the judging table. His infamous Wario Land Shake It! ad broke YouTube, literally, and was awarded numerous awards, including a Gold Cannes Lion, a Gold Clio for Viral Advertising, and a Gold Pencil Award from the One Show.

Mike's other accolades include two Cannes Lions and a Gold Clio for  his work on the Sprint Now site, a shortlist at Cannes and a finalist spot at the New York Design Festival for his colorful Tostitos Vimeo Takeover, and a Bronze Clio for his 3D animation in Adobe Cards.

When he's not busy building beautiful websites, Mike enjoys telling bad jokes, playing the guitar, and revisiting everyone's favorite plumber in Mario Galaxy. If you ask nicely, maybe he'll sing you a song about all three.