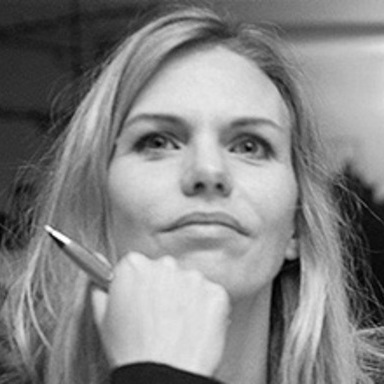 Gemma Butler is not especially keen on writing in the third person but is happy to make an exception for The One Show. Gemma made art installations before she teamed up with Gav Gordon-Rogers to make music videos.

They later moved into advertising full-time, learnt the term "trigger the crave" and in 2002 joined glue Isobar (formerly glue London) where they were digitized, uploaded, hosted and subsequently accessed around the world without even realising how it had all happened. They went on to win Gold at Cannes, which was nice.

In 2005 they joined Agency Republic where their work for Mercedes-Benz and BBC Radio One helped the agency become Campaign's Digital Agency of the Year.

Gemma's work has been recognized on numerous occasions at the best regarded UK and international awards shows including The One Show, Cannes, D&AD, London International Advertising Awards, The Webby's and Eurobest.

She and Gav are now joint Creative Directors at LBi Edinburgh, where they spend their days wrapped up warm, hunting the elusive haggis. And trying to trigger the crave.