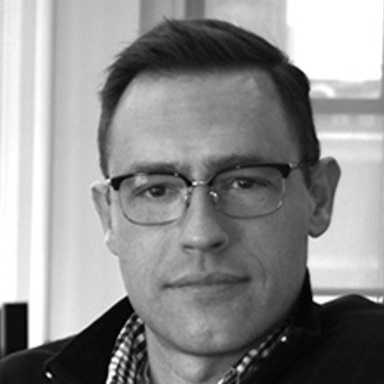 Pierre, a native New Yorker and copywriter by trade, has developed notable multimedia work throughout his career. He has been recognized by The One Show, The Cannes Advertising Festival, The Clios ,The Art Directors Club and The Webby Awards, among others, for work in a wide range of categories, including digital, mobile, social, product innovation, television, integrated campaigns, print, radio, outdoor and installations.

Pierre's start came when he was hired out of a Continuing Ed class at The School of Visual Arts by his professor, the venerable Sal DeVito of DeVito/Verdi. While there, the first print and radio ads he ever created were honoured at The One Show.

After a position at Kirshenbaum Bond and Partners, Pierre moved on to Fallon New York, where he produced integrated campaigns for Virgin Mobile, Time magazine, The Magazine Publishers of America and Starbucks. The small shop had less than 6 full-time creatives, yet was the second-most awarded U.S. agency at The One Show in one year.

As an Associate Creative Director at TBWA, he helped launch the famous "In an Absolut World" campaign for Absolut Vodka, and worked on such other clients as Snickers, Skittles and Starburst.

He then moved to AKQA San Francisco as a Group Creative Director. While there, he was promoted to Executive Creative Director and was responsible for running a creative department of over 125 people, and overseeing work on behalf of clients including Xbox, YouTube, Audi, Gap, Autodesk, Target, Visa, and Pencils of Promise. His work received several notable awards, including three One Show pencils in two years, and he helped AKQA secure Digital Agency of the Year honors on both sides of the Atlantic.

His work-life is counterbalanced by his life in Brooklyn with his wife Julie and their two beautiful children Lucian and Juniper.