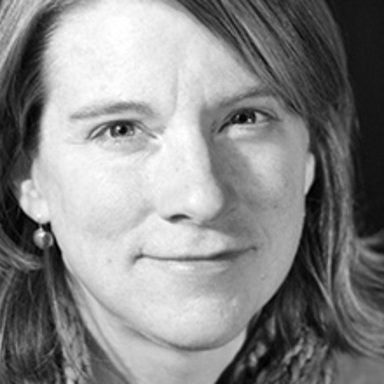 Susan began her career as employee number eight at Mad Dogs & Englishmen in New York as copywriter/dogwalker. She then switched coasts, to FCB San Francisco to work on Levi’s, Fox Sports and MTV, then to TBWA/Chiat/Day San Francisco for a change to work on Levi’s, Fox Sports, and adidas. At Fallon Minneapolis, Susan was a Group Creative Director working ads and content for Citi, Nordstrom, and BMW. Not having moved her husband and kids quite enough, she then went to be ECD at 22squared, leading work on CBSsports.com Fantasy Football, Caribou Coffee, and Red Brick Ale.

Happy to now be settled near her native Wisconsin for the last three and a half years, Susan is EVP, Creative Director at Leo Burnett Chicago overseeing integrated work on P&G, including Secret’s Mean Stinks anti-bullying program.

She has won dozens of awards at the One Show, Cannes, D&AD, Effies, Clios, Andys and NY Art Directors Club, with work talked about in the New York Times, Huffington Post and Perez Hilton, but is most proud of her three often sweet kids.