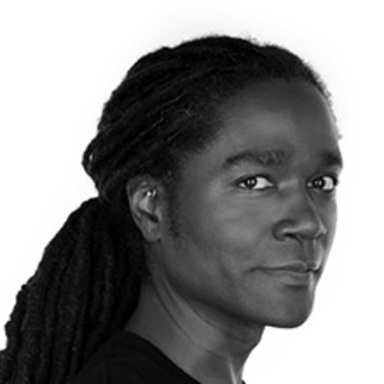 Earned a BFA in Fashion Advertising (and a minor in photography) from Virginia Commonwealth University in 1994. After that, he entered the Portfolio Center and got a degree in Art Direction in 1997. That spring his advertising career began at the Martin Agency. Worked on accounts such as Wrangler Jeans, Seiko, Bank One and Project Exile.

His style of art direction began to take shape in the form of simplicity.

In the spring of 2000, Wieden+Kennedy offered him the opportunity to move to Portland and work on the Nike brand. The first assignment was launching Nike’s most important technology since Air. It was a cushioning sole called Shox and the campaign was called "Boing." From there he went on to work on notable campaigns for Nike ACG, Nike tennis and most importantly Nike basketball. He was part of the team that helped globally launch brand Lebron James with integrated campaigns like “Book of Dimes,” “Chamber of Fear,” “We’re All Witnesses” and “The Lebrons.” There was also the task of rebranding one of basketballs greatest athletes on the planet, Kobe Bryant.

While working at Wieden+Kennedy he had the opportunity to work in Amsterdam and Tokyo.

As of the spring of 2008 he began working at TBWA\Chiat\Day as an Associate Creative Director on Gatorade. The task was to rebrand Gatorade. Not just from a marketing perspective but the packaging of the bottles and assisting in creating a new logo for the brand. He helped to launch an integrated campaign called “What's G” and assisted in the development of a campaign called “The Quest for G.” From there he assisted in creating branded content like “Leave it on the floor” on Gatorade's first content-related Internet site called Mission G. The following year he was promoted to Creative Director and worked on other Gatorade-related projects for Michael Jordan, G2 and Gatorade's biggest innovation launch in 20 years called the G Series.