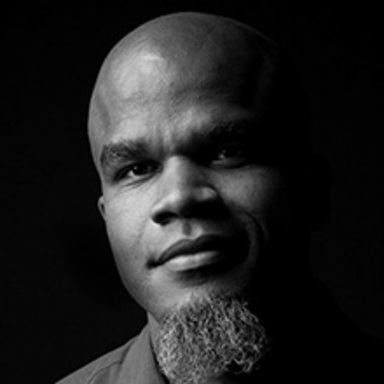 Geoff Edwards is Co-Founder and ECD of DOJO. Founded in 2009 in San Francisco, DOJO is a cultural catalyst with a mission to create memorable, culture-defining work across all media.

Prior to DOJO, Geoff was ECD at T.A.G., where his work on the Xbox 360 Halo 3 "Believe" campaign set records for the highest gross of an entertainment product within 24 hours of its release. The campaign won a One Show Grand Prix, two Grand Prix Cannes Lions and Clio Advertiser of the Year. Geoff has also received top honours from: The One Show, AICP, ADDYs, Andy's, Art Directors Club, Clios, and D&AD. Geoff was honoured as one of Creativity Magazine's Top 50, Board's "Top Art Director In The Country," and Adweek's "Creative All-Stars."

When not working, Geoff spends every moment with the loves of his life, wife Marie-Colette, daughter Ella, and son Tribe-Lloyd.