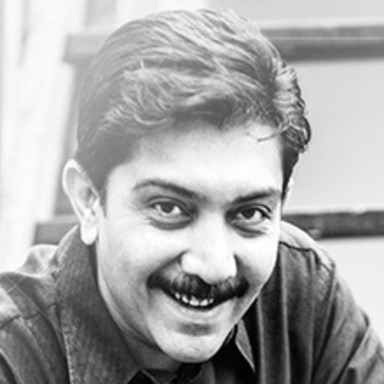 Out of the Box

Smitten by a butterfly There are people who leave their work in the pursuit of spirituality. And there are a few who in the pursuit of spirituality find their life’s work. He falls in the latter. Never very keen on studies, Viral dropped out of school pretty early in life. In a land of tiger moms, his parents were an exception – liberal, supportive and understanding. They took him along with them to the Osho commune in Pune where he spent the next four years. At the commune he watched foreign disciples make handmade posters, restaurant menus and chalkboards, and tried emulating them. And there began his love affair with nature. Intrigued and mesmerized, he found his solace in creativity. After returning to Delhi, Viral was back to wasting his life. One day he accompanied his friend to a meeting, riding shotgun on a bicycle. He watched his friend, who ran a small screen-printing unit, making a presentation to a client. The client’s young daughter raved about the pink butterfly on the top right corner of the stationery that was being presented, and to Viral’s surprise, the client whipped out his chequebook and made the payment. That was when Viral decided to get into the world of creative persuasion. Viral’s friend introduced him to somebody who ran a design studio where he joined as an intern. Four months later, riding on the wings of the butterfly, he pursued to UK to study at ICS Glasgow, specializing in typography and packaging. He came back and joined DDB Mudra, and then Saatchi & Saatchi. His role models David Droga and Craig Davis were in Saatchi, and it was the agency his father always dreamt of seeing him work. At Saatchi, he rose to the rank of Creative Director, and was instrumental in turning brands like Hyundai, Panasonic, Ariel, Bridgestone Tyres, and Tata Tea into market leaders. Hyundai and Saatchi parted ways in 2004, but the work had caught the eye of Suzuki who awarded the Wagon R business to them. In 2004, his work for Suzuki Wagon R won the Campaign of the Year at AAAI (now Goafest/Abbys), and the Best Commercial of the Year. It also won the Effies at New York. After 10 long years at Saatchi, he joined Grey Worldwide as ECD for a brief period, during which he was involved in the India Shining campaign, Pedigree, Hyundai, Aviva Life Insurance and ONGC. But only within 11 months he felt homesick and returned to Saatchi. However, soon he felt monotony seeping in and traded the security of a big agency to start a creative boutique with his wife Guneet. Out of the Box began its operations in 2006 with two people, and a home-grown brand. According to Viral, one can build native, Indian brands with global thinking. With the booming Indian economy, domestic clients dream global and demand world-class work. You don’t need a huge budget or a print, television or outdoor campaign to create excellence; even below the line work can be brilliant and edgy. Over a period of time, he has turned his clients’ businesses into reputed brands in education, healthcare and retail. And won quite a few awards in the process. While continuing to work with Out of the Box, he also moonlighted for Cheil India as ECD - Consultant, from 2007 to 2009. His work was instrumental in turning the fledgling Samsung Mobile to the No.2 brand in the category. He also put Cheil India on the creative map with numerous nominations at Cannes, One Show Design, New York Festivals and Goafest. He is closely involved in his wife’s project to create curriculum for making children more creative and imaginative. He believes imagination and creativity can play a big role in helping them develop thinking and artistic skills. His current focus is the education industry and he is also closely involved in developing curriculum for young minds. Viral also acts as a guest faculty at a few reputed universities in India. The One Show annuals have always been always a source of inspiration to Viral. In 2006, with trepidation, he sent an entry to One Show and it made it to the annual. Ever since, his work has featured in every One Show Design annual, six years on the trot, with 12 Merits including a Silver Pencil and a Bronze Pencil. In his career spanning 22 years, Viral has won many international and national awards. These include a Design Gold at Cannes Lions in 2011 along with numerous nominations, metals at New York Festivals including a Bronze Award, and a multitude of Goafest - India’s biggest advertising festival. His work was also selected for display at the Museum of Design, Zurich in 2012. According to Luerzer’s Archive’s overall creative rankings in India, for some reason Viral occupies the No.2 position in Art and the No.1 position in Copy. (He’s still working on his art to improve the position.) Apart from being the Chief Creative Officer of Out of the Box, he works as a design consultant. His recent projects include work for Veen Waters, a premium Finnish brand of packaged drinking water, and Rolex. Viral leads a contended life in Gurgaon with his wife Guneet and a four and a half-year old mischief-maker. Not to forget the ‘butterfly’ that still continues to flutter as his inspiration.