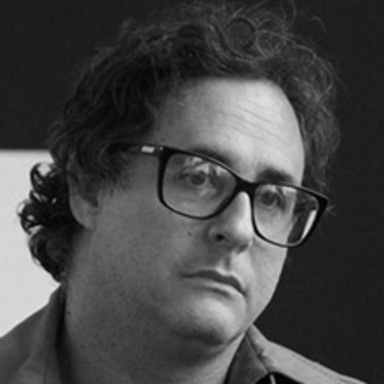 José Antonio Mesones “Goster” studied design at the IPP (Peruvian Advertisement Academy), continuing his studies with scriptwriting and directing courses at the Pontificia Universidad Católica del Peru and graphic design and typography courses at the Poynter Institute for media studies en St. Petersburg, Florida. Goster is one of the founding members of surf and culture magazine AQUA. In 2004 he made the Caudillismo & Pedigrí Art show, being exposed again two years later with new pieces at 80m2 gallery. By the end of 2006, he made La Grabadora: The Sound Of Periferia, an art book shown at the MALI (Museum of Art of Lima) inside the Miradas de Fin de Siglo III exposition. He has also taken part in many collective shows as the Bienal Iberoamericana de Diseño de Madrid and the Lima me Mata show which took part of Mirafoto 09. Goster has worked for Icono, El Comercio Newspaper, Axis and some of the major Ad Agencies in Lima, Peru being in charge of brands as El Comercio, Somos, Backus, Cosas, Nike, Telefonica, Casa Andina, ScotiaBank, Aeropuertos del Peru, Café del Mar Promperú, among others. He has taught in San Ignacio de Loyola University as well as the Centro de la Imagen. He’s won prizes nationally and internationally as Padis, ATA, Society of Newspaper and Design, and a special prize from the jury from the Gourmand World Cookbooks Awards for his design of the book, Peru mucho gusto. His graphic works have been published in International magazines such as Idn (Hong Kong) and Out of Register (Spain).