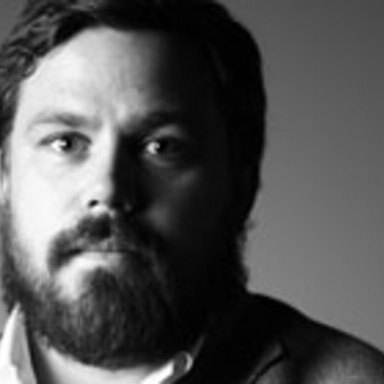 Fredrik heads up C&CO, a growth consultancy and business incubator, headquartered in New York. He is also a Principle of the integrated programming company iBelieve, where he recently joined the re-opened venture together with David Van Eyssen of RCVR and BMW Films fame. Over the years, Fredrik has advised companies like Absolut Vodka, IKEA, iittala, H&M, HBO, L'Oreal, Scandinavian Airline Systems (SAS), AMC, Electrolux, Havaianas, Kahlua, Svenska Dagbladet, Procter & Gamble, Swedish Environmental Protection Agency, Vodafone, Estèe Lauder and The Museum of Modern Art (MoMA). Until November 2011, Fredrik was the CEO & Executive Creative Director of digital/entertainment agency Great Works' American operations, which he set up in 2007. In 2010 Great Works was named an Agency of the Year by AdWeek. Under Fredrik, Great Works transformed into an entertainment marketing agency that bridges the worlds of advertising, technology, art, media and entertainment. Under his guidance, Great Works launched Absolut Vodka’s entertainment platform, with work by leading talent including Zach Galifianakis, Helmut Lang, Absolut Machines, Jim Denevan, Improv Everywhere, Spike Jonze, Kanye West and many others. Fredrik has also worked extensively in the film industry and is a partner in Third Factory, a film and television production company. Producing credits include "Destricted", an anthology film series directed by Marina Abramovic, Matthew Barney, Marco Brambilla, Larry Clark, Gaspar Noé, Richard Prince and Sam Taylor-Wood which premiered as part of the official selection of the 2006 Sundance Film Festival and screened at the 2007 Cannes Film Festival; "Big River Man", a feature documentary following Slovenian national Martin Strel and his insane swim down the Amazon River, which premiered at Sundance in 2009 to wide critical acclaim. Prior to Third Factory, Fredrik worked with script development for Academy Award-winning producer Edward Saxon ("Silence of the Lambs", "Philadelphia", "Adaptation") and Peter Saraf’s (“Truth About Charlie”, “Little Miss Sunshine”) company Magnet Entertainment, then part of Universal Pictures. While at Magnet, Fredrik produced several smaller independent films, including "Light and the Sufferer", based on a story by acclaimed novelist Jonathan Lethem, and the short film "Bedford" which went on to win over thirty national and international awards for excellence. Carlström has become an expert in digital innovation and branded programming and frequently writes, lectures and consults on the subject for brands and advertising agencies. He divides his time between New York and Los Angeles.