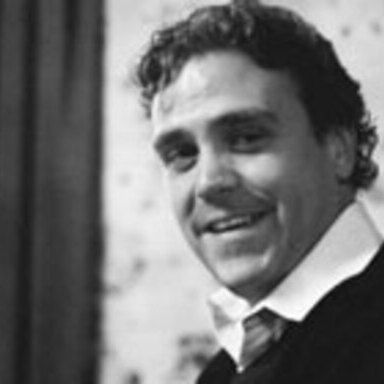 Rupert Samuel is a founding partner of goodness Mfg. He pioneered the integrated production model that's now the industry standard for agencies worldwide. At goodness Mfg., Rupert utilizes an entertainment industry production model of 150+ people, spanning broadcast, digital, interactive, motion graphics, print, art buying and non-traditional. His digital production standard for clients -- including Toshiba Consumer Products, Newegg.com, El Pollo Loco, LucasArts and Bethesda Softworks -- is among the most cost-efficient, time-effective and quality-driven available today. Rupert earned a degree in Film from University of West London and crossed the pond to the U.S. in 1996. He started his advertising career at CP+B, working his way up the ranks from in-house editing and directing to production, where the department burgeoned from 4 to 85 people. Rupert was named VP of Integrated Production in 2002. As interactive became more prevalent, he saw the need for one stream of consciousness to drive a campaign forward and the integrated model emerged. This created a long list of efficiencies for clients and agency staff. Among the first wildly successful integrated campaigns was CP+B's MINI Cooper "Counterfeit," honored for its depth in categories such as broadcast, DVDs, e-commerce, direct marketing and non-traditional, and recipient of Cannes Titanium and Film Gold Lions, One Show Pencils, ANDYs and AICP honors, to note only a few. Rupert has overseen the production of literally thousands of ads. In addition to cultivating producers across all evolving media disciplines, he has sourced talent and produced groundbreaking content with A-list directors including Spike Jonze (IKEA), Wes Anderson (IKEA), Bryan Buckley (MINI Cooper), Jonas Akerlund (VW GTI) and Harry Enfield (Virgin), among many others. Rupert has been called upon repeatedly by the media and his peers for his fluency in integrated production. Highlights include participating in Head of Production roundtables for Creativity, both moderating and leading panels at the Boards Summit, and judging industry tastemaker AICP's MoMA Show.