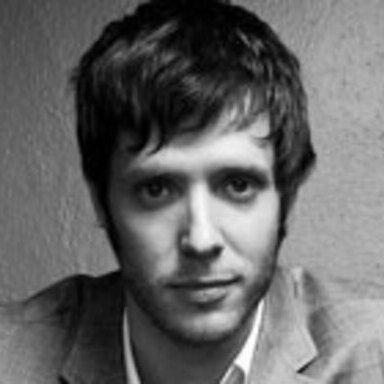 Damian Kulash is the singer for the band OK Go, who have been called "the first post-internet band" and are at the forefront of an emerging class of independent creative entrepreneurs making art in both digital and physical spaces. OK Go have sold over 700,000 albums, and their self-directed videos have been viewed over 150 million times online, and many more times in museums, galleries, classrooms, and at film, theater and arts festivals all over the world. Their recent projects include an interactive video made with the Pilobolus dance company, a live album chronicling the 180 concerts they played in 2010, performances at The Kennedy Center, Glastonbury and Lollapallooza, collaborations with The Muppets and Sesame Street, and most recently a video featuring a rigged Chevy Sonic performing the song "Needing/Getting" on a rally track loaded with more than a thousand homemade instruments with Damian himself as the stunt driver. The band's awards include a Grammy, a Webby Lifetime Achievement Award, a Public Knowledge IP3 Award, two UK MVA's, YouTube Most Creative Award, and countless awards from major film festivals. Damian graduated magna cum laude from Brown University and has worked as an NPR sound engineer and a graphic designer. His essays and commentaries have been published in The New York Times, The Wall Street Journal, The Washington Post, NPR's All Things Considered, Tar Magazine, and in a best selling collection edited by The Colbert Report creator Ben Karlin. He has testified before the U.S. Congress in support of net neutrality, and is an honorary member of the Harvard Lampoon.