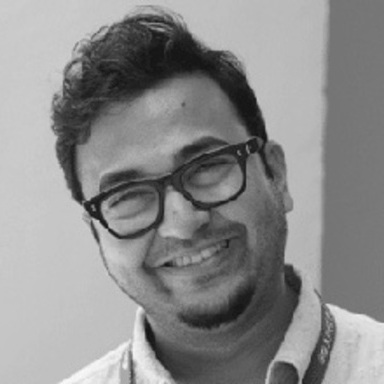 Born a proud Mumbaiite, Raj Kamble is a graduate of the Sir JJ School of Applied Art. He started his career at Lowe Mumbai, where he won half a dozen CLio Awards in his formative years, along with being the first Indian to be nominated for D&AD in 1996.

Three years later, he was hired by Lowe London, where he worked on brands such as Stella Artois, Unilever, Nestle and Saab, among many others. From there he moved on to Lowe New York as Creative Director. His winning streak continued as he bagged One Show Gold and Gold Lions at Cannes for his work for Stella Artois, Unilever and Light of Life Foundation.

In 2010, he was hired by BBDO New York as the Creative Director. His work titled ‘World’s Biggest Shave’ was talked about in the Financial Times, CNBC and the New York Times. And his innovative work in print has won Cannes Lion and a Silver Pencil in D&AD in 2011. After more than a decade in the business, Kamble moved back to his hometown, as the Chief Creative Officer for BBH India where he handled accounts like Vaseline, Diageo, World Gold Council and Google Chrome. He is now Managing Partner and Chief Creative Officer for StrawberryFrog India. At StrawberryFrog, Raj is channeling his years of creative genius towards creating iconic cultural movements for several Indian and global brands.

Raj has cumulatively won more than 150 global awards including Cannes Lions, One Show’s, D&AD, Clio’s, the Andy Awards, AdFest and Art Directors Club. He has given lectures at institutes such as the Kellogg Institute of Management and Columbia University. He also runs Miami Ad School in India. Most recently, he has been part of a think tank with the Indian government on a project that works towards making India wi-fi enabled.