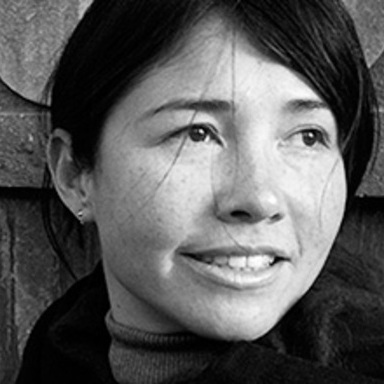 For over a decade, Crystal has been making TV commercials as well as integrated digital and print campaigns, though, her therapist would say those campaigns have been making her. She really should get a new, less-corny therapist.

Before recently embarking on her freelance career, she worked with the folks at Goodby Silverstein & Partners, TBWA Chiat/Day, and Venables Bell & Partners where she unleashed her inner tech geek by leading the creative charge on the "Sponsors of Tomorrow" global rebrand of Intel.

In her free time, she shoots pictures (in a very non-violent way), makes wine under the label Lowercase Wines, and volunteers in the Amazon Rainforest where she trades her Photoshop marquee for a machete. When not hanging with Capybaras in the jungle, she cleans up real nice and has created award-winning work for brands such as: Intel, Audi, Napster, HBO, The Obama Campaign, Barclays, Sprint, and Microsoft among others.

Crystal grew up in seven countries on three continents and has a degree in International Affairs from Georgetown University's School of Foreign Service, where they train spies and diplomats. She leaves it to you to determine if that's relevant.