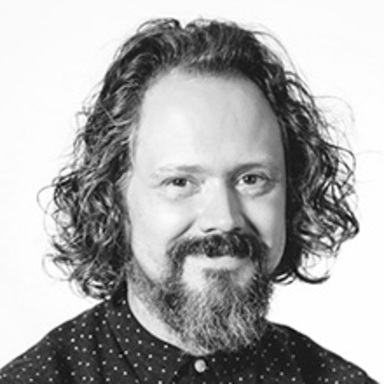 Edu has been in advertising for almost 20 years, but still keeps the excitement of a newbie. Prior to joining Barbarian Group in November of 2014, he has had a wide variety of experience across the globe. Edu was Creative Director at DoubleYou from 2000 to 2006, leading projects for San Miguel, SEAT, Audi, and the Cannes Grand Prix 2004 for Nike. He was also part of the interactive team at Crispin Porter + Bogusky, when it was named Best Interactive Agency in Cannes, working for clients like Domino's Pizza, Burger King, Nike, and Volkswagen. And for almost seven years, Edu was at Wieden+Kennedy Amsterdam, first as a Creative Director for global clients such as Coca-Cola, Electronic Arts, BASF, and Nokia, and more recently as the Head of Creative Innovation across all accounts. From there he packed his bags for NYC to join The Barbarian Group.

As a result of working for brave and demanding clients, and of being surrounded by excellent colleagues, Edu has collectively won well over fifty awards, including Cannes Lions, One Show Pencils, CLIOs, New York Festivals, Sol, and FIAP. He’s also been on the jury of the most prestigious advertising award competitions around the world, and has given speeches at industry conferences across the globe, including Spain, the Netherlands, Chile, and Bulgaria.