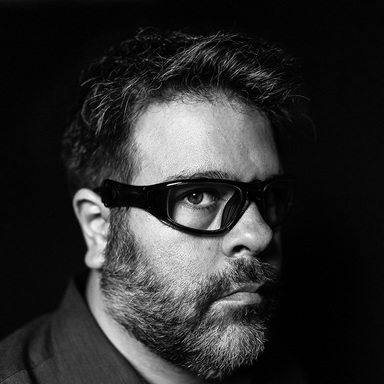 PJ Pereira is an advertising and entertainment pioneer. He believes agencies have to provide return not only on the money brands are investing but also the time consumers are spending with the work. That balance is the ultimate challenge marketing faces today. In 2016, Pereira & O'Dell was behind the rare participation of a brand in the prestigious “Official Selection” of Sundance Film Festival with NETSCOUT and Werner Herzog's "Lo and Behold, Reveries of the Connected World". The film was named in Esquire Magazine’s “Top 10 Best Non-Fiction Films” in 2016.

His agency is credited with the creation of the first-ever social film (“The Inside Experience”) for Intel and Toshiba in 2011, which combined Hollywood talent content with social media participation); and surpassed by the triple Cannes Grand Prix winner “The Beauty Inside”, also for Intel and Toshiba, which is now being turned into a major feature film starring Emilia Clarke. “The Beauty Inside” was the first piece of advertising to win an Emmy against regular TV programming.

With strong roots in digital and content, his milestones in the field also include a feature film for Red Bull titled “Unflinching Triumph”, which in 2007 was named by Sports Illustrated as the “Most Amusing Sports Parody of the Year”.

Beyond advertising, Brazilian-born PJ Pereira is also a best-selling novelist. In 2015, his book trilogy "Gods of Both Worlds" spent a month as the #1 novel by a Brazilian author in his native country and was published in 5 other countries. In April 2017, he launches in Brazil his fourth novel "The mother, the daughter and the lady's spirit" (A mãe, a filha e o espírito da santa). He has two kung-fu black belts and is working on a karate one too.

His credentials in content, digital and advertising have made him one of the world's most influential and respected creatives. He was named the Top CCO in ADWEEK’s “Creative 100”, "Creativity 50" and is a Board Member of the Ad Council in the US. Most recently, PJ served as the President of the Cannes Lions Entertainment jury and was included in the 4A’s “100 People Who Make Advertising Great”.