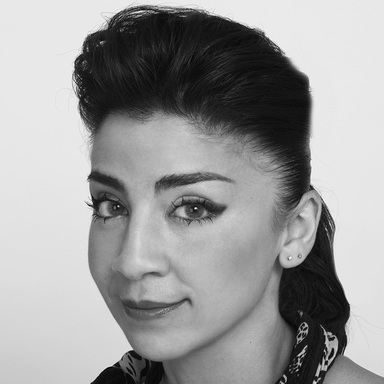 Samira has spent over 18 years working in the advertising industry in three continents.

Her career began in Australia, working on planes, trains and automobiles. She was part of the team who successfully launched Virgin airlines in Australasia. The marketing campaign was so successful, it forced Qantas to launch it’s own low budget airline to compete with the sassy Virgin brand. During her time in Australia Samira also worked on a couple of boutique Beer brands (It would have been un-Australian not to).

After a 4 year stint at Saatchi and Saatchi Paris, Samira landed at JWT New York where she worked on U by Kotex. Their brutally honest, award-winning campaign has revamped an ignorant female sanitary product market.

She has spent the last 10 years in NY at JWT, TBWA\CHIAT\DAY, Leo Burnett and is now Group Creative Director at Grey NY where she oversees the Pringles, Marriott Hotels and Bose accounts.

Over the years, her work has been recognized by local and international award shows; The Cannes Lions festival, The D&AD, Clio, The One Show, the ADC, and the Effies.

Samira is not at all related to comedian Aziz Ansari, but once convinced the maître d at the Bellagio in Vegas that she was to get the penthouse, free of charge.