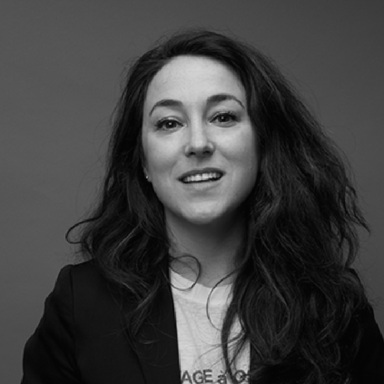 Pia is a New Yorker/Québécoise working as a freelance Creative Director in Copenhagen. She's a problem solver, story builder, and idea maker fueled by tech and fish tacos. Recently, as Creative Director & Partner at Great Works, she built and established the creative digital studio in Copenhagen with two partners.

She previously worked as a Creative Director at DigitasLBi CPH, and has worked in agencies across Europe for over a decade. Her clients include Volvo, IKEA, Etihad Airways, Carlsberg, Maersk, and Danske Bank.

Career highlights include raising awareness about surveillance through the creation of a DIY surveillance kit, which was featured in media outlets such as Wired and Fast Co., and successfully launching the all-new Volvo XC90 with a VR test drive, digital showroom, and innovative e-commerce solution.

Her work has been recognized at award shows such as the Webbys, Lovies, FWA, Creative Circle, Danish Digital Awards, and Guldnyckel.