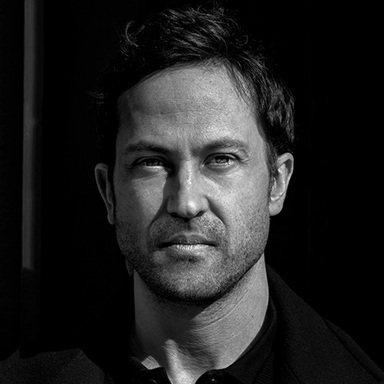 After studying direction in a cinema school, Fabien’s career in advertising began as a Copywriter in 2000 at Y&R Paris. In 2004, he has joined DDB where he worked on accounts including Volkswagen, GQ, National Geographic, Brandt and Nike and then BETC where he has worked on Air France, Canal+, Badoit… In 2015, he had his best idea: join Marcel and team up with Dimitri Guerassimov as co-CCO.

The passionate collaboration between Dimitri and Fabien, combining two unique yet complementary creative visions, has resulted in innovative work such as Intermarché “Freshest Fresh Orange Juices” and “Sugar Detox”, Orange “Relock Love”, Marc Dorcel “#Handsoff” to name a few. While shaking up and moving forward the French advertising as a whole, Fabien has won a lot of awards, collecting more than 400 globally recognized creative accolades, including 26 Cannes lions and a Yellow Pencil.

After many years of service to the agency making Marcel Paris the most awarded French agency at the Cannes Lions Festival for two consecutive years (2015 and 2016), and staying in the Gunn report top5 French creative agencies ranking for 5 years in a row, Fabien and Dimitri have embarked upon a new entrepreneurial and creative adventure at Serviceplan France as partners and co-CCOs.

Fabien has been honoured to be a juror at The Cannes Lions Festival, The Andy’s, The ADC, The Clio awards, The Eurobest and the French Art Directors Club.