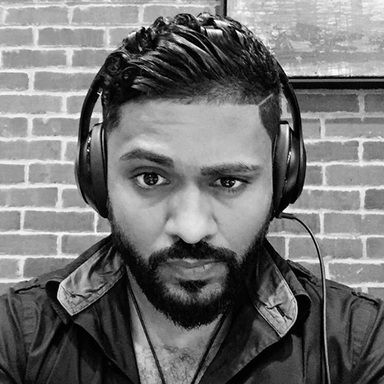 As Group Creative Director and as an art director at Leo Burnett Toronto, Anthony has a made a name for himself as one of the most prolific creatives in Canada. His beautifully art-directed work has been recognized for both concept and craft in just about every international and national award show including D&AD, Cannes, One Show, Communication Arts, London International Awards, World Press Awards, Art Directors Club, New York Festival, Shark Awards, Clios, ADCC, Obies and Marketing Magazine.

Anthony has always known that great work never comes easy and neither does staying on top of your game. He has spent a gruelling amount of time with his writing partner Steve Persico to create some of the most popular - and the most awarded - work in Canadian advertising. In 2015, their follow-up video to the #LikeAGirl campaign garnered more than 90 million views from around the globe. And their TSN outdoor campaign promoting the Rogers Cup was among the most awarded billboard campaigns in the world.

In 2017 so far, Anthony's IKEA "parchment paper" execution has been racking up the Golds, adding to his tally of more than 100 international awards, including a Grand Clio. Even though he has been ranked the number one art director in Canada by Strategy Magazine on numerous occasions, there are no signs that he intends to slow down. Except maybe to craft a new curry recipe, which he'll inevitably try out on his friends till he gets it just right.