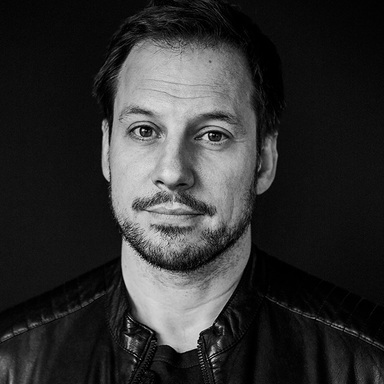 Alex is co-Founder and Chief Creative Officer at thjnk Zurich.

Prior to thjnk, Alex served 15 years as Executive Creative Director and partner of Jung von Matt in Zurich.

He started his career at BBDO in 1990, before going on to work at GGK. In 1994 he joined Springer & Jacoby and three years later Jung von Matt in Hamburg. In 1999 he left Germany to help set up the international office of Springer & Jacoby in London.

After seven years abroad, he returned to Switzerland for the newly founded Jung von Matt agency in Zurich.

Alex has an Executive MBA from the Berlin School of Creative Leadership. He has been a jury member at nearly all of the major international advertising award shows, including Cannes Lions, One Show, Eurobest, New York Festivals, and London International Awards. He is a member of ADC Switzerland, ADC Germany and D&AD.