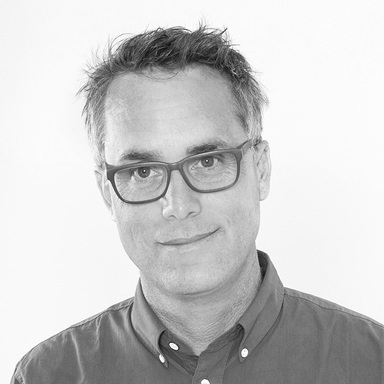 If you want to keep up with Jay Russell, you better be ready to hustle. Seriously, this guy has covered a lot of territory in his 20+ years in the advertising industry. Side note: He's also 17,000 miles into his effort to run the circumference of the earth – 7,901 to go.

It's no coincidence that Jay worked at GSD&M as the Group Creative Director for BMW, leading the successful pitch to win BMW's global business. His leadership, creativity and direction propelled his team to win many awards for BMW work, including The One Show, Cannes and Kelly Awards. Jay kicked off his career working at DDB with brands Bud Light, PBS and American Airlines. Subsequently he worked as Creative Director for Miller Brewing at Square One and Nationwide Insurance at TM Advertising. Throughout his career, Jay's work has earned every major award out there.

Back in Austin, Jay is an integral part of the team, leading our creative department as Chief Creative Officer for brands including the U.S. Air Force, Southwest Airlines, Dodge, Popeyes and more. Jay received his degree in advertising from Southern Methodist University.