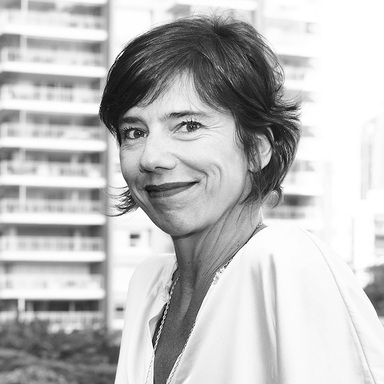 Half Austrian, quarter Argentinean, the other quarter Brazilian, Sophie Schonburg was also a mix of wills on leaving school: architecture, fashion design or restoration? By chance she opted for ad school and got her first internship at the best agency of the time. A career she had stumbled upon almost by accident became a passion. And then a solid career that made her mum and dad proud (at the end of the day isn't that what really matters?)

Considered one of the most respected creative professionals in Brazil Sophie has been an award-winning successful copywriter.

Before joining Africa in late 2017 as a creative director, she had spent 19 years at Almap BBDO and lead the creative department of Pereira & O'Dell and mcgarrybowen's in Sao Paulo. During this time, she was responsible for successful campaigns for brands such as Havaianas, VW, Visa, Pepsi, GE, Bayer, FCA, Uber, Maggi, Intel, Microsoft and Unicef.

Sophie has won all major awards both national and internationally, but from all of the ones she got, there are two she is most proud of: Francisco and Caetano, her 9 and 11 year-old sons.