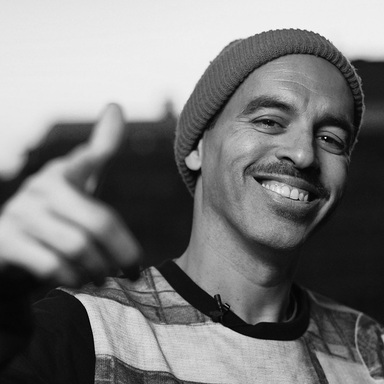 NYC native Bobbito García is a freelance creative who has put an indelible footprint on multiple urban movements.

During the 1990s, the legendary air personality was one-half of the "Stretch and Bobbito" program on WKCR. The duo introduced the world to an unsigned Nas, Biggie, and Wu-Tang, as well as an unknown Jay-Z, Eminem, and the Fugees. The total record sales for all the artists that premiered on their platform exceed 300 million. In 1998, the Source Magazine voted them as "The Best Hip Hop Radio Show of All Time."

As the progenitor of sneaker journalism, García penned his landmark Source article "Confessions of a Sneaker Addict" in 1990, then in 2003 became the critically acclaimed author of Where'd You Get Those? NYC's Sneaker Culture: 1960-1987 (Testify Books). In 2005, ESPN's "It's The Shoes" series, hosted by Bobbito, became the first show on the subject in broadcasting history.

As an award-winning filmmaker, Garcia has directed Doin' It In The Park: Pick-Up Basketball, NYC and Stretch and Bobbito: Radio That Changed Lives, which premiered on PBS and Showtime, respectively. His third film, Rock Rubber 45s, releases this summer.