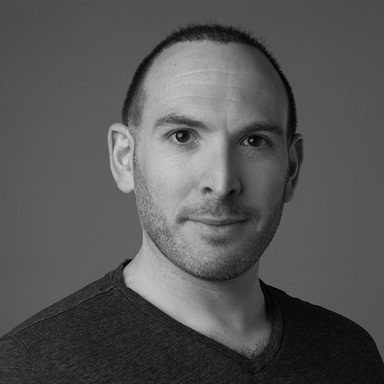 Isaac is currently a Group Executive Creative Director at R/GA, but long before that he attended Columbia University in NYC. After graduation, he started his advertising career at TBWA CHIAT/DAY NY, where he won multiple awards for brands like Starburst, and the multi award-winning Combos "Man Mom" campaign.

From there he went to Droga5 NY where beyond award-winning work for brands like Activision, his work highlights included the seminal Great Schlep, credited for doing its part to help Obama win the presidency- and teaching Isaac the powerful impact resonates work can have.

By this time, for various awards he'd picked up along the way, Creativity twice ranked him the second most-awarded writer globally. From there he left the familiar confines of NYC for San Fran and Goodby, Silverstein & Partners, working primarily on Cheetos and later a chunk of the global Chevy account.

The birth of his first child brought him back to NYC, where he joined The&Partnership's fledgling NYC shop. At The&Partnership, Isaac helped take it from 5 people to about 150 across North America with new business wins including Wall Street Journal, DIAGIO's Bulleit Bourbon, Hotel Indigo, Find My Past, and TELUS.

In his time at R/GA, Isaac has worked on everything from award-winning Verizon work to LEGO.

He now lives in the Village in NYC with his wife Annette and two youngins.