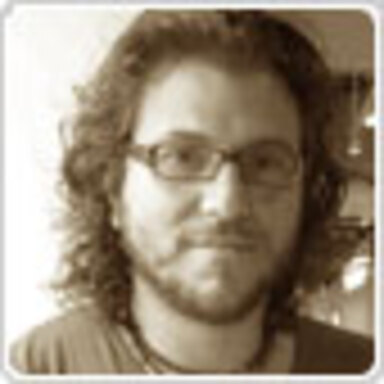 After graduating in 1996 from The Art Center College Of Design in Pasadena, CA, Matt immediately began work as a Jr. Art Director for the small San Diego-based agency, Lambesis. There he worked on prestigious youth and fashion brands such as Airwalk, Morey Bodyboards and Bebe. But after a year or so, Matt found himself outgrowing (i.e. getting fired from) the little San Diego shop. He also found that he was a pretty mediocre designer and decided that he should perhaps leave art direction to those with more qualified eyeballs. So he switched to copywriting. After making the transition, Matt went to work with TBWA Chiat/Day in New York City, crafting campaigns for Absolut Vodka, Chivas Regal, Circuit City, Equinox Fitness Centers and The Whitney Museum Of Modern Art. And from there, he headed across town to Ogilvy & Mather to help revitalize the megabrand, Motorola. Matt has been at BBH now for five and half years, during which time he has written innovative and distinguished campaigns for brands like Johnnie Walker, Levis, and Smirnoff Raw Tea (the original "Tea Partay"). Matt has also consistently worked on and shaped one of Unilever's most innovative and successful brands, Axe, since the brand launched in the U.S. with the original "Mannequin" campaign. Today, along with his partner Amee Shah, Matt is Group Creative Director on the Axe Shower Gel business. The two also run the PepsiCo brand, Sobe. With these campaigns, and others, Matt has earned top honors from virtually all major industry award shows along with having many of his ads discussed, critiqued, celebrated and occasionally ridiculed in the press by The New York Times, Fortune, The Chicago Tribune, The Wall Street Journal, The Boston Herald, CNN, Good Morning America, and MSNBC (to name a few).