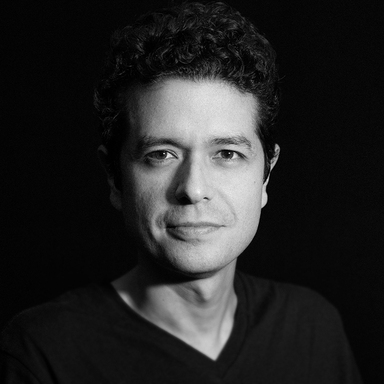 With almost 20 years of experience in the U.S. and Latin America, Ciro Sarmiento is one of the most talented and respected executive creative directors. His work has been recognized in One Show, Global Facebook Awards, Effie, Cannes, D&AD, Clio and Latin American award shows through the years. He has also served as jury in festivals around the world and given keynote talks at international stages such as D&AD and Cannes Lions.

Ciro began his career in Ogilvy & Mather Latin America and moved to the U.S. in 2008 to work with LatinWorks as Creative Director for Domino’s, Bud Light, Lowe’s, Cine Las Americas and Skittles. During this time, his expertise in the development of truly innovative work helped LatinWorks become No.9 in the Ad Age nationwide Agency A-List 2011. That same year Ciro won the first Gold Lion in a campaign category for the U.S. Hispanic market, among other important recognitions. In 2012 he joined Leo Burnett (Lapiz) as Creative Lead for Procter & Gamble and Kellogg’s Multicultural. In only a few months Ciro re-built the creative team to focus on developing award- winning work that made an impact in the Latino culture, including the first ever bilingual Rolling Stone Magazine in the United States. One of his achievements during this tenure in Burnett was the coveted Press Lion for his P&G client. In summer of 2013 joins Dieste as Executive Creative Director in charge of all agency’s clients including AT&T, Nissan, Miller Lite, Hershey’s, Goya Foods, Dallas Pets Alive and others. For his high creative standards and leadership he was selected as “One Latin creative you should know in U.S.” by Digiday. Over the last couple of years, his teams have won multiple One Show Pencils. Parallel to his current role as CCO of Dieste Dallas, New York and L.A., Ciro loves to share a more diverse vision of our ad industry by offering talks & workshops around the world promoting creativity and culture intelligence.