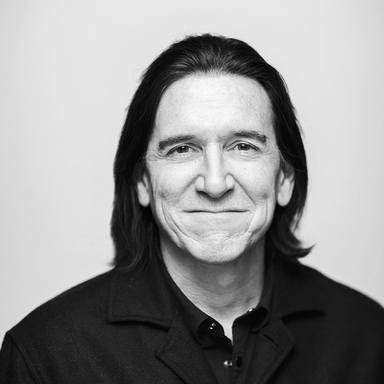 Arnett has established a three-decade career steeped in design leadership, brand and innovation consulting, and policymaking. He currently serves as AIGA President, the largest global design organization in North America.

As Founding Partner of the internationally recognized firm, VSA Partners, Arnett leads the firm's associates in the creation of design, brand and marketing programs, digital and interactive initiatives for a diverse roster of clients, including: Harley-Davidson, Toyota, IBM, General Electric, Nike, Pepsico, AB InBev and Google.

He has been globally recognized by numerous competitions and designations including; Communication Arts, AIGA, Graphis, The Type Directors Club, the American and British Art Directors Clubs, ID, The LA Film Festival, theAR100, DIFFA and the American Marketing Association. In 2014, Arnett was awarded the prestigious AIGA Medal, the highest citation honoring life-time achievement and contribution to the industry. He was a 1999 inductee into the Alliance Graphique Internationale, and holds the honor of being named to the ID40—who has cited him as one of the 40 most important people shaping design internationally. In 2015, Arnett was selected by the Obama Administration State Department to help conceive and launch the Global Entrepreneur Initiative, Spark. And in 2017, Arnett was awarded the life-time achievement award, Excellence in the Arts Award, by his alma mater, Northern Illinois University.