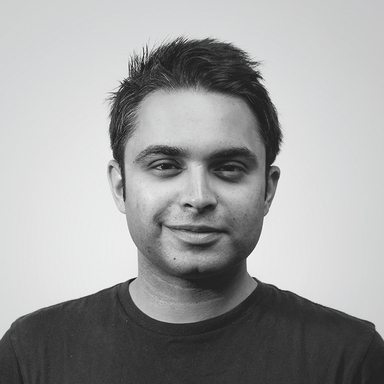 Sanjiv fled a background in law to work in advertising. In South Africa, he was named the top young creative in the country, and in the UK he has helped to transform McCann’s dedicated Microsoft unit from a localisation hub into a creative force, winning a Cannes Grand Prix and 30 Cannes Lions in three years.

In a career spanning dozens of major brands and, like all creatives, hundreds of things that never saw the light of day, many wonderful things did.

To launch a gritty videogame, his “Survival Billboard” idea turned an ordinary billboard into a watchable event.

When Volkswagen wanted to talk about their eco-conscious technology, he convinced them to walk the walk instead.

And after Xbox’s online store faced consumers put off by the price of controllers, he implemented “The Fanchise Model”, an innovation that changed purchase behaviour and grew sales by 350%.

Sanjiv has served on juries for the Andys, Clios and D&AD New Blood Black Pencil, and in 2016, 2017 and 2018 was ranked by the Gunn Report and Cannes Lions among the top 10 creative directors in the world.

His projects have been recognised with over 200 international awards from the likes of Cannes Lions, One Show, LIA, Clio and D&AD, and his work has been included in the permanent archives of New York’s Museum of Modern Art.