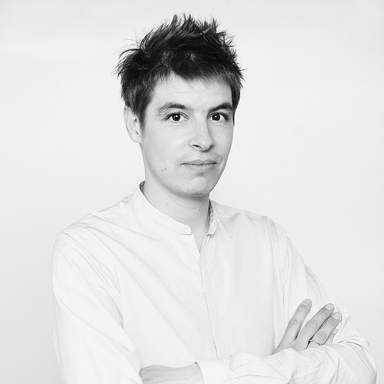 Born and raised in Paris, Gaëtan is the eldest of seven children. He started his career as a copywriter at CLM/BBDO in 2004. He’s now 38 years old and works at Marcel as Executive Creative Director.

Along with his creative partner, Youri Guerassimov, Gaëtan has produced outstanding and award-winning work for a large span of national and international accounts such as Pepsi, Orange, Total, Fiat, Carrefour, Nestlé Waters, Groupama or Intermarché to name a few.

Gaëtan is one of the most awarded French creative of his generation. He won more than 100 awards including a One Show green pencil, 22 Cannes Lions, 3 D&AD black pencils, and 15 Grand Prix worldwide. He is, to this day, the only French creative to have won a Cannes Creative Effectiveness Lion.

He has been honored to take part in the judging of many advertising festivals (Cannes Lions, LIA, french ADC, etc).

Gaëtan is a happy husband and a father of three. He tries to spend more time with them than with Youri. Yes, he tries…