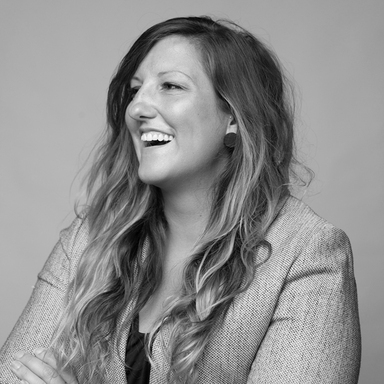 Creative Director x Business Partner. Powerlifter x Yogi. Analog x Digital. Carren is a living dichotomy as the Partner/ECD at AnalogFolk, an independent digital creative agency with seven offices globally. Carren co-leads creative across US operations with a mission to use digital to make the analog world better — through new technologies, product innovations and user-focused experiences.

At 29 years old, Carren founded AnalogFolk Portland, becoming the first and only female founding partner in AF’s global network. Since then she has helped triple US business by creating award-winning work for brands including Nike, Facebook, LUNA Bar, Blink Fitness and L’Oreal.

This year, Carren was named one of the 27 senior agency leaders who are charting a new course for the industry in Adweek's Creative 100 list and her Equal Pay Day work for LUNA Bar was named Campaign US' Inclusive & Creative Top 20. Carren was also a judge for The One Club/3% Movement’s Next Creative Leaders in 2018. Carren is no stranger to male-dominated stages, both in and outside of work. She was instrumental in landing AOR duties for Nike US Football this year and leads creative on the business, proving there's a place for females in football. In her spare time, she is a powerlifter and has competed in national competitions where she has set PRs including squatting 275lbs and deadlifting over 300lbs.

Prior to AnalogFolk, Carren spent time at AKQA where she built campaigns and experiences for brands such as Nike, Google, Calvin Klein, Kraft, and Anheuser-Busch.