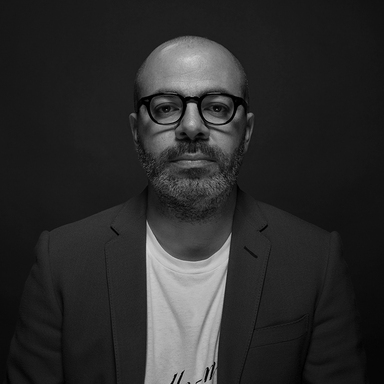 Described by Dubai’s Media Week as “The Dark Horse” in MENA, Fadi made his agency and the region famous and took a place amongst the World’s Top 10 in Advertising today.

Fadi Yaish joined Impact BBDO in late 2013. Under his creative direction and leadership, Impact BBDO Dubai delivered the most innovative cross- channels body of work that has been recognized nationally and globally.

Within his first year, Fadi led his agency to be ranked #6 Worldwide and #1 Agency and Network in MENA for the first time ever. In 2016, Impact BBDO Dubai also won ‘Dubai Lynx

Agency of the Year’ for the first time and again in 2017. The same year Impact BBDO Dubai got ranked #8 Worldwide.*

With a career that has seen many firsts for his Clients and Agencies, he continues to adamantly raise the benchmark for innovation and creativity year after year.

In 2017 Impact BBDO Dubai won ‘Agency and Network of the Year’ at Dubai Lynx, Cristal, Loeries, and MENA Digital. It also won ‘Most Awarded Agency in MENA’ in Cannes Lions, One Show, D&AD and LIA.

Fadi is one of the world’s most awarded creative leaders in advertising. His work has been recognized with a plethora of over 700 industry honors at award shows such as D&AD, One Show, Cannes Lions, Clio, LIA, NYF, Dubai Lynx, Loeries, Cristal, Cresta, PIAF and Adfest.

He has Chaired D&AD, PIAF, Cresta, AdFest and judged other prestigious shows such as One Show, Cannes Lions, LIA, Clio, NYF, Spikes and Loeries.

After two decades of creating groundbreaking work for his clients and agencies, Fadi set out to break some new ground of his own. In 2018, he established ‿ and us, a creative marketing agency that heralds in new era where creative collaboration – with both clients and partners - is the key to solving business problems. ‿ and us represents a new business paradigm that seeks to create goal orientated creative solutions.

In a world where ideas matter more than ever, ‿ and us is paving the way for a new way of thinking to reinvent the way agencies do business in his region and redefine the creative status quo.