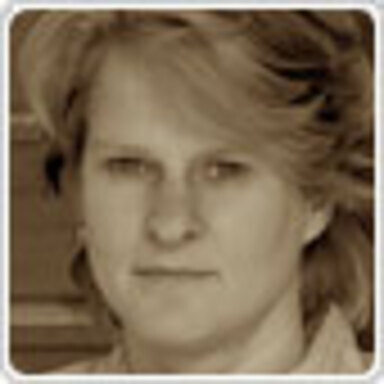 Marian Bantjes is a designer, artist and writer working internationally from her base on a small island off the west coast of Canada near Vancouver. She was trained as a book typesetter (1984–1994) and was a straight-up graphic designer from 1994–2003. However, it is her highly personal, obsessive and sometimes strange graphic work that has since brought her international recognition. Marian is known for her custom typography, detailed and lovingly precise vector art, her obsessive hand work, her patterning and ornament. Often hired to create custom art for magazines, advertising and special projects, Marian’s work has an underlying structure and formality that frames its organic, fluid nature. Her clients include Pentagram (Michael Bierut), Stefan Sagmeister, Saks Fifth Avenue, Bruce Mau Design, Young & Rubicam Chicago, Anni Kuan, Houghton Mifflin, Print Magazine, Wallpaper*, WIRED, The Guardian (UK), The New York Times, among others. She has also designed materials for the AIGA, TypeCon 2007, and the Society of Graphic Designers of Canada (GDC). Her work has been featured in numerous design magazines, including Eye, Communication Arts, STEP, Grafik (UK) and étapes (Paris); will be collected in several design compendiums to be published in 2007 or 2008; and in 2007, four pieces were accepted into the permanent collection of the Cooper-Hewitt National Design Museum (Smithsonian) in New York.