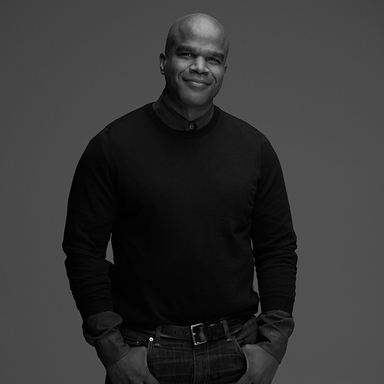 Featured on the cover of Creativity Magazine’s inaugural “Creativity 50” and Boards Magazine’s “Top 50 Art Directors” In America, Geoff Edwards belief in the potential of storytelling has fueled his career while inspiring others.

Geoff is the CCO and Co-Founder of SATURDAY MORNING a Nonprofit organization that leverages the power of creativity to help solve social injustice. The announcement of this new venture garnered support from some of the worlds most influential brands like Proctor & Gamble, Air B&B, and Spotify. Geoff is a humble custodian of the belief that ‘If we take care of each other, good things will happen.’

Geoff’s dream position was Head of Creative at CAA Marketing. His award winning work on Jimmy Johns, Anheuser-Busch, and Keurig set new standards for branded content. Geoff has both founded and worked for some of the most creative agencies in the Industry. He Co-Founded three agencies: SPIKE/DDB, DOJO and T.A.G. a highly awarded boutique supported by McCann World Group. He’s a multiple Grand Prix winner and Cannes Advertiser of the Year recipient for the adidas ‘IMPOSSIBLE IS NOTHING’ Campaign and for the Microsoft XBOX360 launch and the Halo 3 “Believe” campaign.

His thought leadership has been covered by The New York Times, Campaign, WIRED, and Fast Co to name a few. In 2017 on the Cannes Lions Main Stage he partnered with Twitter to challenged the marketing Industry to use their talents for peace.