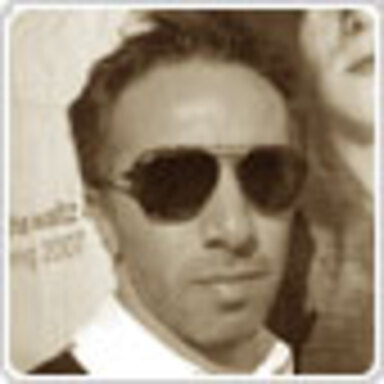 Fábio Simões Pinto started his career working as an art director for traditional medias at TBWA in São Paulo. After two years, he left Brazil to complete his studies on communication design at Parsons School of Arts in Paris. Soon after returning in 1999, he started working at F/Nazca S&S and since then has helped to establish the internal interactive department which is regarded as one of the most creative in Brazil. Aside from being creative director, Fábio runs the department trying to bring new clients and make the ones they have more profitable. He has developed online work for clients such as Skol (brewery), Brahma (brewery), Electrolux, Unibanco(bank), Toyota, Sagatiba (spirits), Nike, Petrobras and Claro (mobile telecommunications) among others. His role at the agency is help create integrated campaigns with the rest of the creative team and also keep bringing new tools and finding new ways to explore the digital world and the new marketing tools that are appearing with it. During his carrer he has won awards at FIAP, New York Festivals, Clio Awards, London International Advertising Awards and the Cannes Lions. Fábio has also been a jury member of several local and international awards including the 2005 Cannes Festival, the 2005/06/07 London International Awards, 2007 Clio Awards, Webby Awards and was also the President of the jury of the 2005 MSN Mmonline Online Advertising Awards. He is also part of the Creative Social group that is a collective of mainly European and American interactive creative directors. This group meets a couple of times a year, each time in a different country, to talk about the market and chat about cool and exciting stuff that they should do.