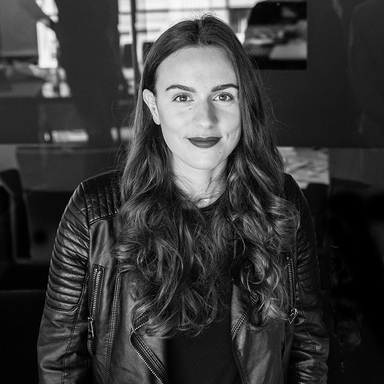 Graduated from Sciences Po in Paris, Sarah chose advertising because she believes creativity can be more efficient than politics.

She started her career as a strategist at BETC. She’s now 30 years old and works at Marcel in Paris as a senior strategic planner.

Sarah has worked on a large span of national and international accounts, and has inspired award-winning works for Carrefour, Groupama, Peugeot, Canal+, Nestlé Waters to name a few.

She won 64 international awards, including some of the most prestigious, such as the Cannes Lions Creative Effectiveness Grand Prix, 2 Eurobest Grand Prix, the Black Pencil Impact at the D&AD and the Best of Show of the New York Festival.

She’s totally passionate by her work and puts all her energy in helping brands embrace their time. As an example, she planned the strategic shift of Carrefour, helping this company of 300.000 people become the world’s leading brand for the food transition.