2020 One Show Creative Use of Data Jury 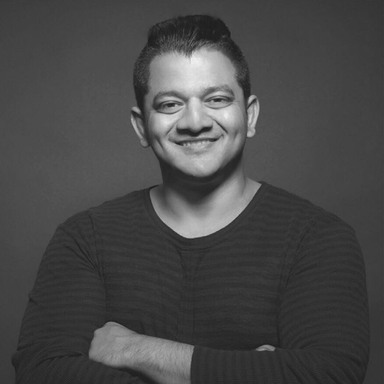 Born ‘84, Tahaab’s first word was "Astronaut". In ‘94, he watched a movie that changed his life: Forrest Gump. It taught him how to make an ordinary life, legendary. Just like Baby’s Day Out. In ‘97, he met Mr. Adolescence with a myriad of regrettable haircuts. Today, based in Dubai, he heads strategy, data, intelligence and creative effectiveness for FP7 McCann across the MENAT region, and he is part of the Strategy ExCo for McCann Worldgroup globally.

He has won 470+ regional and global awards across Cannes, Effies, Jay Chiat, NYF, D&AD, Andy's, Clios, Midas, Warc, Lynx, One Show, among others, including a record of 180+ Effies. Today, he is the highest-ever awarded strategist in the MENAT region.

His strategic leadership has been integral to FP7 McCann from MENAT, being ranked the Most Effective Agency globally in 2016 in the Global Effie Index (a first for the region). He has also driven efforts that have won FP7 the Effie Agency and Network of the Year, for 7 years consecutively, from 2013 to 2018. He is the first MENA juror on the Global Effie and 4A’s Jay Chiat stages, and is the first winner from MENAT of a Global Effie. In 2019, he has led FP7 McCann to being the most awarded agency for strategy, globally.

As an industry thought-leader, he speaks on international (including Cannes Lions) and regional stages and also, acts as a creative mentor for young marketers, advertisers and start-ups on all things to do with creativity and marketing in the new-age. He is also an award-winning ad film director and song writer.