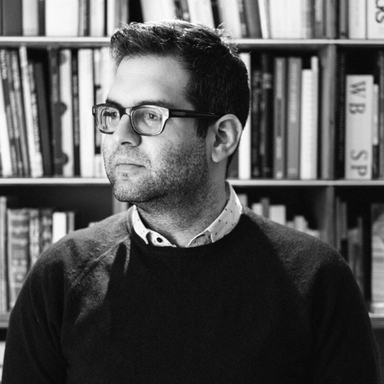 Rob Giampietro is Director of Design at The Museum of Modern Art in New York, leading a team of 20+ to produce work that activates spaces, amplifies ideas, develops strategy, refines experiences, serves artists, produces tools, and facilitates learning across all media.

From 2015–18 he was Creative Lead at Google in New York, managing projects that included four SPAN Design & Technology Conferences, the launch and relaunch of the Google Design website, an overhaul of the Google Fonts directory including new typeface commissions, a brand-focused expansion of the Material Design system, a visual update for Google’s do-it-yourself AI kits in Target Stores, and contributions to the People + AI Research outreach efforts at Google.

He is Senior Critic at RISD’s MFA Graphic Design program, and has been Executive Board Member and Vice President of AIGA/NY. From 2010–15, he was Principal at Project Projects, whose work was recognized with the National Design Award in Communication Design in 2015. Rob is the recipient of a 2013 MacDowell Colony Fellowship and the 2014–15 Katherine Edwards Gordon Rome Prize at the American Academy in Rome.