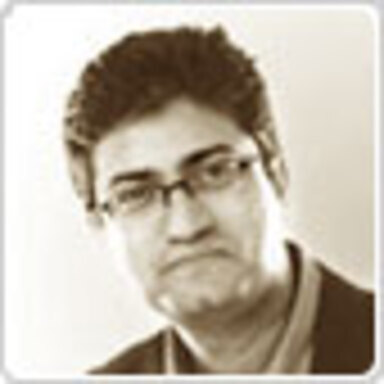 Currently the Executive Chairman of McCann Erickson India & Regional Creative Director, South East Asia, Prasoon Joshi is recognized for bringing about a paradigm shift in the Advertising Industry. Prasoon is credited with creating a new code, a new language for advertising in India. Apart from the linear western style he chose to exploit the inherent 'chaos' of the Indian way of life and created a distinct identity for Indian Advertising. In addition to which he has been instrumental in engineering the creative renaissance of McCann Erickson in the South East Asia with this work in countries like Indonesia, Philippines, Vietnam and Singapore. His work has cut ice, both with masses, and the international juries. Turning fortunes of many big brands he is accredited with marrying 'Creativity and Scale' – hitherto considered mutually exclusive. Coca Cola, Perfetti, Nestle, MasterCard, Microsoft, Unilever and a plethora of local brands stand benefit from it. From the path breaking 'Thanda Matlab.”Campaign for Coca Cola to Happydent his work speaks for itself. More than 400 Advertising Awards including Gold Lions at Cannes, Ad Fest Asia, Media, honours at One Show and Clio and a surfeit of national awards stand testimony to his achievements. Prasoon has represented India as an eminent juror in prestigious International award forums like Cannes, D&AD, Clio, and was the Chairman of the jury at the Asian Advertising Awards (Ad Fest Asia) in 2006 A recent development saw Prasoon designated as a YOUNG GLOBAL LEADER in 2006 by the World Economic Forum. He joins 175 leading executives, public figures and intellectuals under the age of 40 who have been selected to collectively shape the world's future. He has also been nominated to be part of Asia 21 Young leaders forum, the Asia Pacific community's leading young leaders initiative. Prasoon's creativity is not limited to Advertising but finds expressions in other fields as well. A Science Major and MBA by Qualification, he is a prolific Poet as well. He has had 3 published books - first at the age of 17 - and a fourth nearing completion. What sets this writer poet apart is his work on socially relevant causes. His Advertising campaigns of Pulse Polio, HIV awareness, Female infanticide and Child abuse and in the recent past for the United Nations are highly acclaimed. An accomplished songwriter, he has Music Albums and Indian Feature Films to his credit. His latest Feature Film Foray 'Rang De Basanti'- as Song and Dialogue writer, has been nominated at BAFTA and the Oscars for 2007.