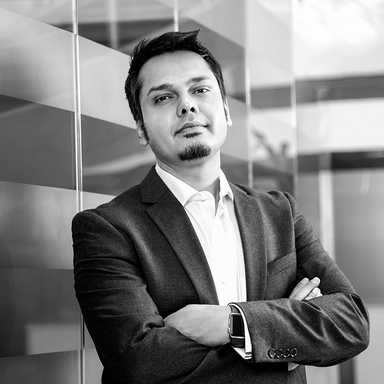 Sandi’s been steering the creative product at GREY since August 2015. Under his leadership, GREY was recently ranked among the top 4 creative agencies in India by the Cannes Global Creativity Report, 2019.

He has led the agency to win multiple Lions at Cannes, India’s first D&AD Yellow Pencil in Design, a Grand Prix and over a dozen metals at Spikes, Adfest Lotus, One Show Pencil and several Effie wins.

Prior to this, he was part of the 5-member team that set up BBDO in India and built a robust creative reputation for it in just under 8 years.

He’s been a vocal critic of perfunctory cause-crusading and metal-mongering with ideas for good. His 'Video appeal to the Cannes Lions jury', questioning the ethics of public service advertising, is a well-debated point of view.

He’s been on the jury at Cannes Lions, Spikes APAC and LIA.

In his spare time, Sandi is sufficiently amused at how people refer to themselves in the third person, while writing a self-congratulatory profile.