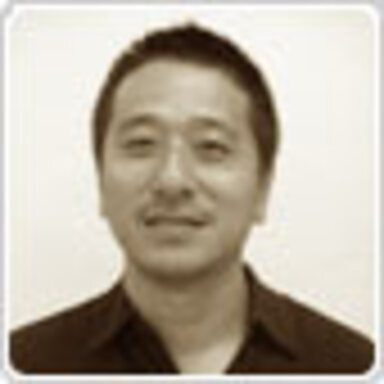 In 1986, graduates from Keio Gijyuku University, Dept. of Law and joins Hakuhodo Advertising Agency as copy writer. Assigned to the Osaka division and worked there for 6 years. During that time, he is best known for the TV commercial he created for the Glico confectionery manufacturer: This work received a bronze at the 1992 Cannes Advertising Festival. In 1993 he was transferred back to Tokyo Head Office working on accounts such as the Korean Liquor "Jinro", Japan Milk Foundation and promotions for a popular artist in Japan "Mr. Children". His TV commercials received several awards at the most prestigious ACC Awards in Japan. It is worth noting that the Milk Ads for TV received both the ACC Gold and a bronze at the Asia Pacific Advertising Festival. Matsui became CD in 2000 and begins his Nissan account career. Countless Nissan campaigns under his direction are widely acclaimed. Some well known executions include, the CUBE campaign-a mini compact car for the young people, the SHIFT_ keyword corporate campaign and many others. Although it is common for Japanese Agency creators to work with Japanese staff using Japanese methodology in order to produce a piece, Matsui had the global vision to actively seek out working on International schemes. Especially through an International client as Nissan, he has acquired extraordinary perspective working closely with the TBWAChiatDay Agency that has always had a good relation with Hakuhodo. This had led to some successful global collaborative works for Nissan and extensive experience working with foreign agency CDs and directors. With the establishment of TBWAHAKUHODO in 2006, Miki Matsui has transferred to this new joint venture as Executive Creative Director. His merits at the ONE SHOW are as follows: * The popular Japanese artist "Mr.Children" album received the One Show Gold in OOH category in 2003. * SONY QUALIA Guidebook received the One Show Gold in 2004. * The booklet created for the volunteer organization-ap Bank, aimed at the preservation of the natural environment received the One Show Merit in 2005.