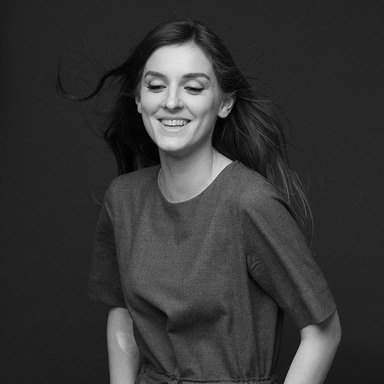 Ioana is a weird breed of geek and storyteller. Might have been from the fact that though she grew up in a family of engineers, she chose to study piano. Then math and computer science. Then advertising. Then A.I.

Her career started in 2006 but fast tracked from junior copywriter to Group Creative Director in just over 6 years. During that time she achieved a lot of firsts: the first female Romanian juror at Clio Awards, first Romanian speaker in Eurobest, a “30 under 30” by Forbes and Young Professional of the Year, by IAA.

Ioana has worked in her career for top clients such as The Coca-Cola Company, SC Johnson, Vodafone, KFC, Pizza Hut, Ocean Spray, Home Instead, Lidl, Unilever, Mastercard, Bayer, Nespresso, Nokia and many more.

A geek at heart she also studied artificial intelligence at MIT and is a start up consultant and speaker at different incubators around the world.

Her work has been consistently awarded Cannes Lions, Eurobest, Webby, Golden Drum, Euro Effie, One Show, Epica and many other shows. Her work made a significant contribution to McCann Worldgroup being named network of the year in Golden Drum for several consecutive years.