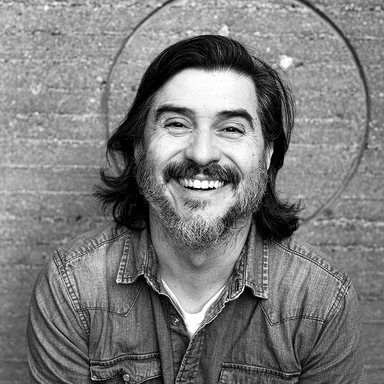 Horacio “Chacho” Puebla is originally from Mendoza, Argentina, but he has lived and worked in Chile, Portugal, Spain and is currently living in France. He spends almost 200 days a year traveling for his clients. He’s a guy who doesn’t like to stay still.

Chacho builds successful teams and agencies that deliver results for top tier clients. SEAT, Audi, Magnum, Cornetto, Mattel, Burger King, Pescanova, Cabify, Jeep and Pampero rum all saw major growth due to effective creative ideas delivered by his teams. All of the agencies he has been responsible for throughout his career have been ranked in the Top 5 of each respective country: Tropa Grey (Chile), Leo Burnett (Chile), Leo Burnett (Portugal), Leo Burnett Iberia (Spain) and LOLA MullenLowe (Spain) which is currently ranked #1 in Spain and 12th in the World.

He has won more than 500 advertising awards, including 5 Gold Effies, 20 Grand Prix, and over 90 Cannes Lions including 15 in 2018. He has served as a juror or Jury President in most major festivals such as Cannes, D&AD, Andy´s, Eurobest, New York Festivals, El Ojo, El Sol and more.

Chacho is a doer, but also loves to share his point of view about things. He has given several talks at events including Cannes Lions, LA Insights and TEDx. He never gives the same talk twice.

Besides working in advertising, he is actively involved in several other projects like a craft brewery, a t-shirt company and a nightclub. He also works as a communications advisor for several projects in film and art. He is obsessed with the future and he creates conceptual art pieces that have gone viral online. You might have heard of some of his projects, maybe not. Google him, and you’ll find out.