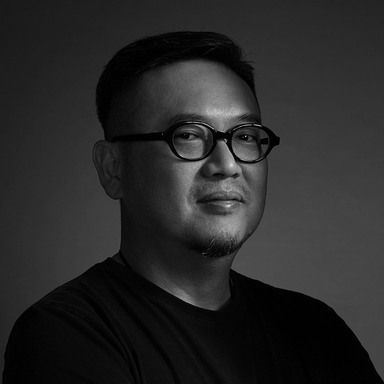 Woon Hoh graduated from the Graphic Design School of Fine Arts, San Francisco, USA in 1992. Since graduation, he has worked at top network agencies all over Asia – including BBDO, McCann, JWT and HAKUHODO.

Prior to taking up the role of Chief Creative Officer of Hakuhodo Malaysia, Indonesia and Singapore, Hoh was Executive Creative Director of Hakuhodo Indonesia. Under his leadership, the agency was consistently ranked among the top three in Indonesia.

Hoh has worked on an eclectic mix of global and blue chip local brands including Unilever, Nestle, Kao, Shell, Sharp, Canon, Toyota and Double A.

Hoh is currently devoting his time to nurturing young talent and building teams across Asia to deliver a superior creative product and cutting edge thinking. He has led his team in Hakuhodo to win many major awards including at D&AD, Cannes lions, One Show, London International Awards, AdFest, Spikes Asia, Citra Pariwara, Kancils, Longxi Award, Bangkok Art Directors’ Club,. Most notably, he led Hakuhodo Indonesia to winning Agency of the year in 2012, 2013, 2016 and 2017, and Hakuhodo Malaysia in 2018.

Hoh’s expertise stretches beyond creative and has been instrumental in building key Client relationships while winning notable local and regional businesses such as Toyota and Kao.

As a regionally well-respected creative, Hoh is regularly invited to judge at global and regional awards.