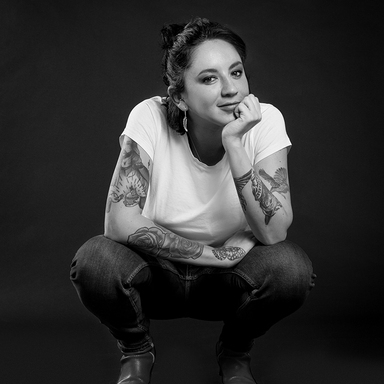 I started my ad career as a copywriter at JWT Mexico, working with brands like, Nike, Huggies and Ford.

After winning my first award, I became creative director at Ogilvy Mexico. A lot of amazing things happened there—a lot of awards, a lot of pressure, a lot of hours at the agency, then a Clio appeared, and some other local awards.

After 7 years in that amazing agency, I quit and went to live to Mazunte, a beautiful beach in Oaxaca, Mexico (whoever is reading this, you should go, especially if you have some kind of personal crisis ha, ha, ha!). When I came back—with no money, no job, desperately looking for a job in any agency—a big question arose: Is this what I really want? Because in my head there was this female fear, “I can’t be a Vice-president, I’m a woman.” At that time, in Mexico, it was difficult to grow as a director or to become a Vice-president being a woman. And I remember that I was eating a slice of pizza with a homeless person in a park (a slice of pizza that one of my advertising friends gave me, because he found me asking for money!). And after feeling shame, I had a wish: to have the opportunity to be the woman I always imagined since I was a little girl, a girl boss, an inspiring woman for other women in this industry, or any other, and the universe gave me the opportunity.

I started again as a creative director in BBDO Mexico, with an amazing boss, and now best friend. That year I won Cannes, San Sebastián, local awards, mentions and a lot of respect from my clients, specially Pepsi and Visa (they believed that a woman could talk about soccer), and together we created two of the most iconic TV spots for the World Cup and the Mexican soccer league.

And I said, yes! I believe in myself, so what’s next, I want to be Vice President of a digital agency, I don’t know anything about the “digital world” but so what! and boom! Isobar appeared. So, people say I’m a creative woman, but I say I just do what I love, it really comes through my spirit, I love to win new business, I love to help people in their careers, I love to inspire woman like me.

In 2016 I was recognized as one of the many “Women To Watch”, I’m a working mom, and every day I work with one objective: to be a good reflection to others, like a mirror, so they can help others grow, like my bosses did with me. (Not all of them, but I learned the bad stuff too so I could never do that to others under my leadership).

I have been jury in many festivals such as Cannes, FIAP, Desachate, Círculo Creativo de México, San Sebastián, IAB, Cíclope, Clio, Lisbon, LIA. Throughout more than 15 years, I worked in the most creative agencies in Mexico: JWT, BBDO, OGILVY, MADE, and now ISOBAR.

Thanks for reading, and I mean it—go to Mazunte!