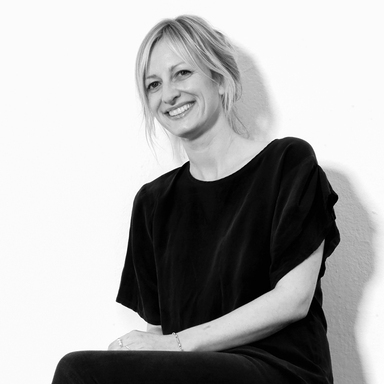 Swantje is a founding partner and executive producer at Iconoclast Germany.

With now over 15 years in the industry, Swantje has been living and breathing film production ever since she started out at Trigger Happy Productions in the early 2000s. From there she moved on to Stink Berlin where she worked many years as a Producer and developed herself into a Producer/Exec Producer. She moved to London to work for the Stink headquarter and after her return to Stink Berlin she continued working for both their Berlin and London offices.

Thanks to her unshakable work ethic and keen eye for detail, Swantje was able to work alongside some of the most highly commended directors in advertising, such as Ralf Schmerberg, Adam Berg, Martin Krejčí, Stylewar, Nicolas Winding Refn, Megaforce, Gustav Johansson, Vania & Muggia, Niclas Larsson, and many more.

In 2014, Swantje co-founded Iconoclast Germany as part of the global Iconoclast network and advanced it into one of the most sought after production companies. Iconoclast Germany produces high-profile cultural projects for the likes of Kendrick Lamar, Peggy Gou, i-D, Nowness, the Berlin Biennale, as well as award winning campaigns campaigns for Mercedes, Rimowa, Nike, Audi, BMW, Porsche, Volkswagen, Converse, and many more.

Swantje’s and her partner’s work for Iconoclast has been rewarded with many accolades, most recently Niclas Larsson’s short film "In the long run” for Mercedes, which was awarded quadruple gold for film craft at the German ADC awards, a Cannes Lion, four Epica Awards, and a yellow D&AD pencil.

Having lived and worked all over the world, Swantje calls Berlin her home and is the happy mom of a 3 year old son.