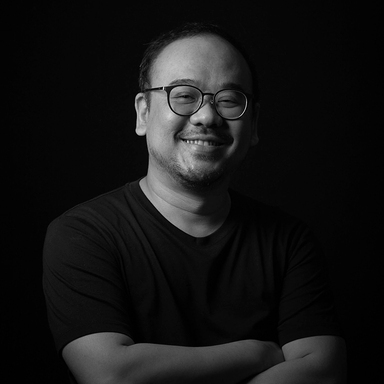 Chow Kok Keong graduated from Singapore in 1994, for a course in Graphic Design. He then challenged himself to get a job in the most competitive market in Asia: Singapore, and had done stints in various agencies. He moved back to Malaysia in 2002. In May 2016, he ventured into Jakarta as the Executive Creative Director at Hakuhodo Indonesia.

In December 2019, he was appointed by Hakuhodo Asia Pacific to be the Regional Executive Creative Director, based in Bangkok, overseeing creative output for some offices in the region.

In the era of digital, he still sees idea as the king. While catching up with new trends and technology, he believes out-of-the-box ideas will win the battle and help brands rise from the advertising clutter, be it a small banner or a big activation program.

To date, he has taken home more than 200 international awards including 5 D&AD Pencils, numerous metals at Cannes Lion, One Show, Clio, LIA, Australia Award, Spikes Asia, Asia Pacific AdFest, New York Fest, Busan Ad Star, and Effie Asia. He is also ranked as the No. 1 creative in Indonesia at the Campaign Brief Asia Ranking 2017 and 2018.